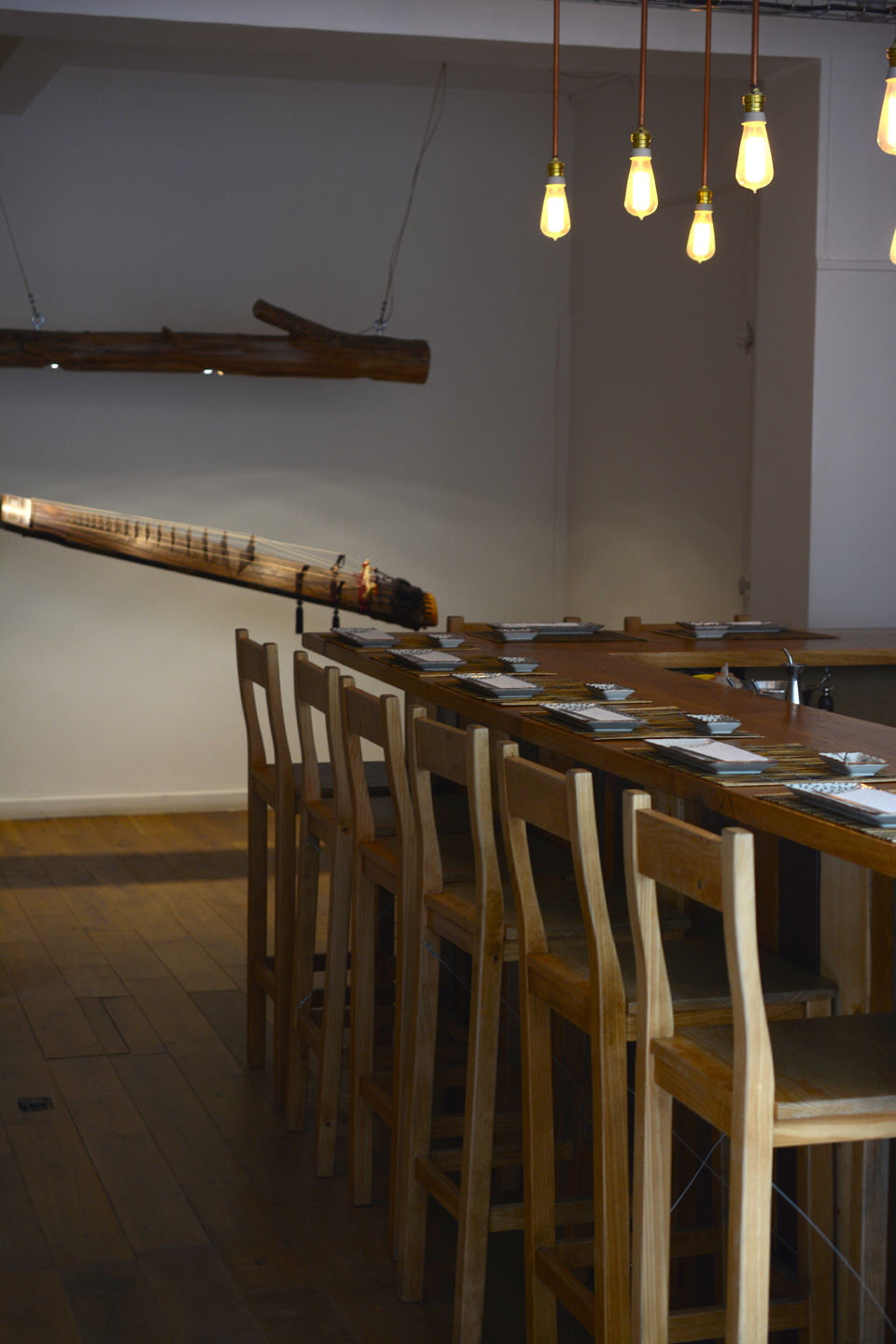 I was born in Seoul amongst concrete and cement. However, I often visit the countryside to see my grandparents. They were farmers in the Chung cheong-do province. It was a village with about fifty people. My uncle took over the farm and it still shares some of his crops with our family. With my father, we camped, summer and winter, on the edge of the river. In winter, we spent frogs. I still don't understand how he could catch as much. In summer, with freshwater fishes, he cooked a "ssogali meuntang" soup. These are my first discoveries and my first sensations. I understood that the taste comes not only with products but also through an atmosphere : taste the spicy fish soup with my father along the river, under the sun, with his little radio that passed an old fashioned song. It's probably for these reasons that decor and music are so important at Mandoobar.

At Taepyonso, my restaurant in Seoul, I cooked korean traditional dishes such as fish soup ou kimchi with korean alcohol. Now, at Mandoobar, I would like to share my culture and cuisine. I am passionate about traditional korean herbs and my culinary adventure isn't over...

Feel
- rice straw under my feet,
- fragrance of the rice field,

Remember
- the well of the village (woomul) of my grandparents when I saw for the first time the Milky Way
- the melody of this old fashioned song. 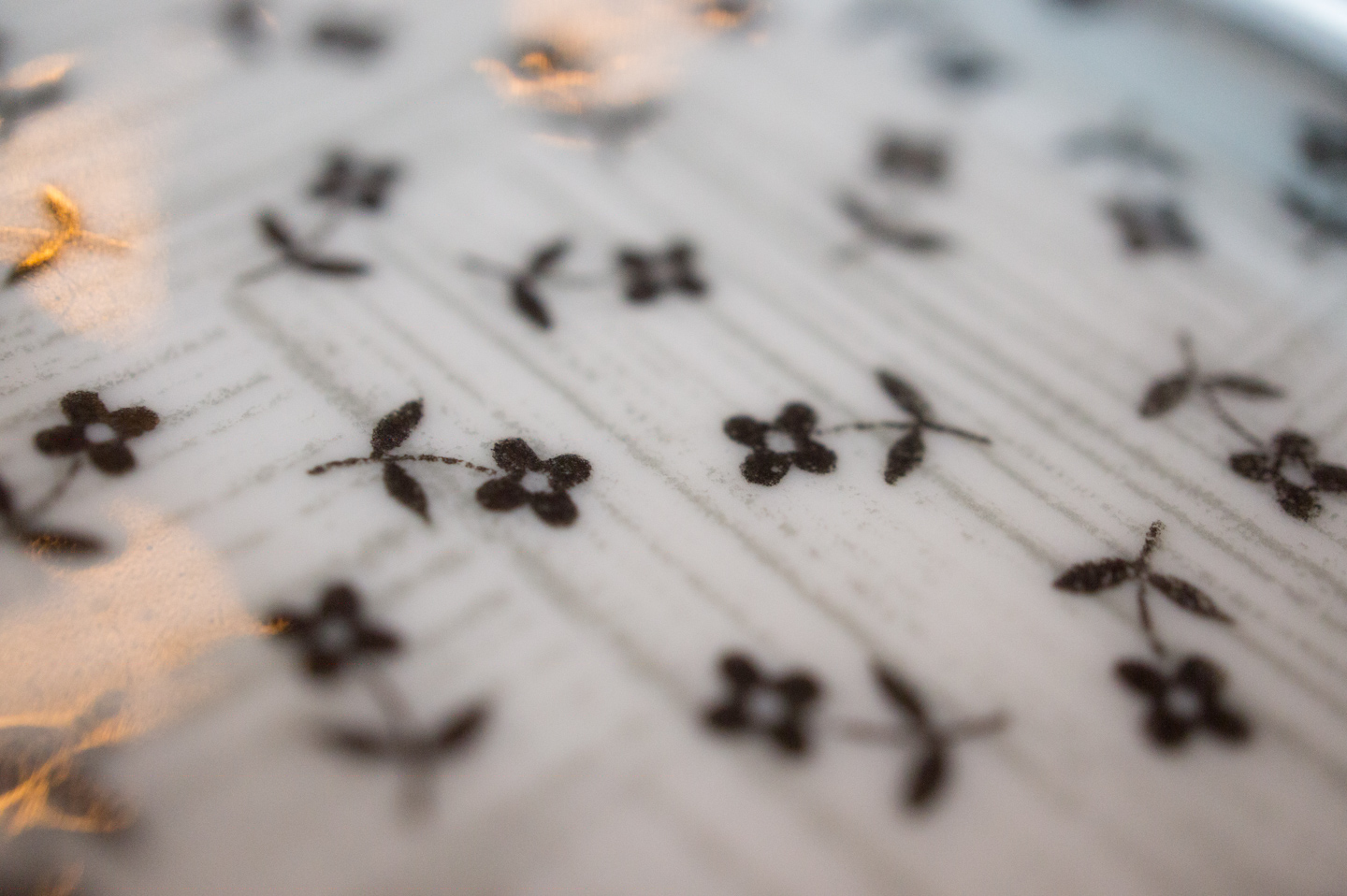 All dishes are homemade 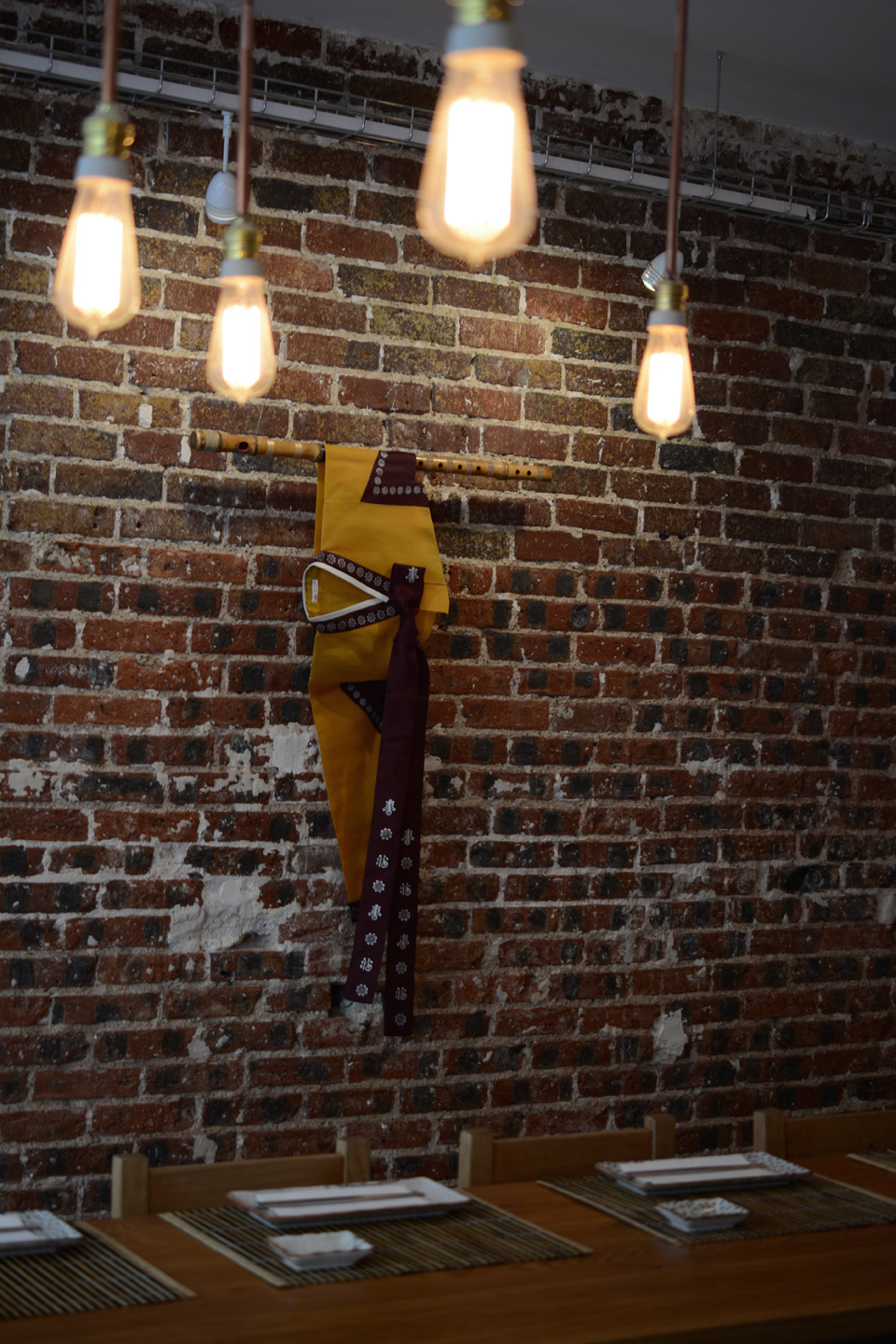 Open from Tuesday to Saturday for lunch and dinner.

Closed on Sunday and Monday.